Lil Wayne Shot Himself at Age 12; Cop Who Saved His Life Speaks Out 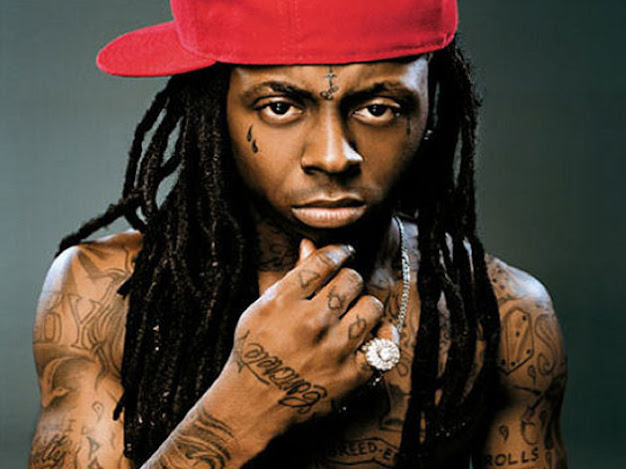 Lil Wayne almost died from a single self-inflicted gunshot wound, had it not been for an astute off-duty New Orleans police officer who saved the rapper's life in November 1994.

The Times-Picayune tracked down Robert Hoobler, who recounts that fateful day.


That nearly fatal day, according to police records, 12-year-old Dwayne Carter Jr. left school early because it was report card day. He bought a hamburger, fries and soft drink from Burger King on his way home to 3409 Monroe St., Apartment D. He sat on the mattress in the master bedroom and began eating. But he stopped when he noticed a blue-steel Taurus 9 mm handgun.

The pistol had been left there the previous day, by a man who came over to watch a football game.

Little Dwayne picked up the gun and began horsing around with it in front of a stereo blaring music. At about 1:15 p.m., the boy accidentally fired a bullet through his chest. The slug then shot out the lower left corner of a window.

Somehow, it missed every vital organ. But the boy was dying.

Dwayne dialed 911, wheezing as he spoke. As blood poured out of the wound and formed a puddle near the stereo, the operator pressed for details. "You will find out when you get here, " the boy said, according to the police report.

He crawled toward the front door, smearing a trail of blood behind him. He lay on the floor face down, pressing his right cheek to the ground, and waited.
source

When no ambulance was available, Robert took the wounded child in his car to a local hospital; When they got to the hospital his clothing was soaked with Lil Wayne's blood. The two met years later at a diner; Lil Wayne bought him dinner and thanked Robert for saving his life.

holy shit what a retard

THATS NOT HOW IT WENT DOWN...

and then he says he got shot while he was dealing...

lil wayne shouldnt have gone through that, that was just dumb but the thing is hes alive and well and that shot may have made his voice the way it is now

THIANK GOD FOR HIS LIFE SAVED

man god wanted this man to live for some reason.

Wat a dik-head...sorry man but how u shoot yourself?....anyways Lil Wayne a.k.a WEEZY F BABY is the best rapper alive im glad he aint died then hip hop would of really been dead C3

DUMB ASS!!!! I LIKE LIL WAYNE BUT WOW WHAT A RETARD

WoW my fwends were telling me that he commited suicide and i was all freaking out like Omagud!I'll miss him the nI googled it and found this.....stupid roomers.

damm dat was sum real shyt..... i mean how focs spread rumors u wouldnt think it was true.....but that goes to show u that aint nobody in dis world perfect and everybodi suffers from sum type of problems no matter who they might be.........no matter how much money u may have or anything.....i mean alot of people who u think dont have no problems be the main ones wit the maost problems in dis world............like plies said sum people say money change thangs ....money dont change every mutherfuckin thing

im not exactly sure thats how it happened

come on weezy F baby why u do sontin like dat and den go to jail thats dum. a good person dat did a bad thing. to weezy! u awsome

Jeez, that's awful! It's a miracle that he did not die, and Lil Wayne should thank God he's alive.

thanx for saving his life i luv this man

that the all mighty god he's still alive

The man who saved him definately saved hip hop ..... MY FAVORITE RAPPER

all he got was a freee dinner? wtf?

oh so thats what fucked his voice up

man that was messed up lucky god was on your side

sorry to hear about that lil wayne i am a great fan of u and i luv your new song on fire it is great and prom queen as well i like the lollipop one it is great your voice is great :) ....

if that shot would have kiiled him the world would not be the same he is A GOD!!!!!!! YOUR THE BEST BRO!!!! LIL WAYNE

too bad he missed his head. that would be better

He Was Little He Didnt Know How To USe A Gun OR Saw One Before Maybe Thats How He Shot Hisself, But His Still Alive But He Went To Jail For Drugs doe.

thanks a lot Robert you asshole. now i have to hear a bunch of dumbass lil wayne fans reciting his dumbass lyrics every day. lil wayne FUCKING SUCKS

lol lil wayne is a fukn idiot lame and ppl that like him are even stupider. nd a taurus pff lol. i also saw on wiki they said he shot himself with a 44 lmfao he wouldnt have a chest after that. its really amazing just how stupid and/or ignorant some ppl are.

oh and by the way:

So therefore not only is lil wayne an idiot, he's also gay

Thank I cop my life would be so sad if u hadn't been there 2 save him..... This is the 1st Nd prob last time Eva that I will lik cops so thanks

HE GOT JUST WHAT HE DESERVED! HE SHOULD BE DEAD I WISH HE DIDNT GET SAVED, AND HIP HOP WOULDNT BE DEAD WITHOUT HIM! BECAUSE HE ISNT FUCKING HIP HOP, HE'S POP. GO LISTEN TO EAZY E, TUPAC, EMINEM, ICE CUBE AND BIGGIE, THEYRE THE REAL MOTHERFUCKING HIP HOP! LIL WAYNE IS DEFINITELY NOT THE BEST RAPPER ALIVE, SO FUCK YOU GUYS!

Thank God you are alive wayne i love you

What a looser !!! I think this wil serve as a lesson not to carry big toys

what the hell is wrog with that gackass

hes a fake blood who shot himself...greatest gangster rapper ever -_-

It wasnt Lil waynes fault he was just playin around. That so sad cuz my idol almost died.

Did you take a bullet at 12?
What 12 year old orders Burger King to go, only to eat at home alone? Did the detectives ever check BK's purchase log on that time of sale and what was really purchased to eliminate some dought?

Dang man he is the very best rapper and to think about him shooting himself is just messed up but thank the lord he didn't kill himself but boys will be boys and I know some other kid did the same and died ......... Sad but he still pulling through and I know there ain't a second that he don't think about that ..... Nobodys perfect !..

I LOVE YOU WEEZY.
YMCMB 4 Ever

I pray every morning&night not only for me,my kids&family but For eveyone all over the world so, I thank the LORD above that he saved Lil Wayne's Life<3 Lil Wayne is one of my fav rap artist<3

Wow now we are stuck with the worst rapper ever

Everyone has a destiny. His destiny was to be a rap star and wear expensive grillz. Maybe your destiny is not to be rich, but you can still have iced-out teeth. Change your destiny today.

lmfaoo whAt a retard

If only that cop knew what he would grow up to be...

Wow... every comment from the lil Wayne fans are incomprehensible. Not a single one of you dumb asses know how to spell.

All you freaks SHUTT UP! Everybody desersvs a chance in life and god chose to save him!" If ya ask me hes pretty kool" Even our president LIKes em !!! ;) get ova it!

really why did he grab the gun

Too bad he missed his face

The comments on here boy I swear..smh..anyway if Lil Wayne had killed himself I believe the world wouldn't have known of his existence..people before you post think! Dumbasses..! 😂😂

That info needs to be double checked. I heard this happened on a New Years Eve at an infamous party on the North Claiborne Bridge. Some were shooting stolen guns (not firecrackers like some of you might think), so Lil Wayne shot himself in the gut (not in the chest) while pulling his gun out and squeezing the trigger too early. Some one was trying to stop his bleeding and it wasn't the off duty cop. Now, what was an off duty cop doing at a party like that?