NFLer Kills Girlfriend, Self After Argument Over Trey Songz Concert


A 25-year-old Kansas City Chiefs linebacker shot and killed himself after murdering his girlfriend Saturday morning. According to police, Jovan Belcher got into an argument with his 22-year-old girlfriend, Kasandra Perkins and shot her up to nine times. (Mind you, he shot her in front of his mother, Cheryl Shepherd, who was visiting the couple.) He then drove to the Chiefs practice facility, thanked general manager Scott Pioli and head coach Romeo Crennel and shot himself in the head as police arrived.

Sidebar: According to one of Kassandra's friends, Jovan and Kasandra have been dating for three years and they were arguing because she was out late attending a Trey Songz concert. The friend said he confronted Kassandra when she returned home about 1am. The couple had a 3-month-old daughter.


Below, are photos of Jovan, Kasandra and their daughter, Zoey Michelle Belcher, taken last week for Thanksgiving. 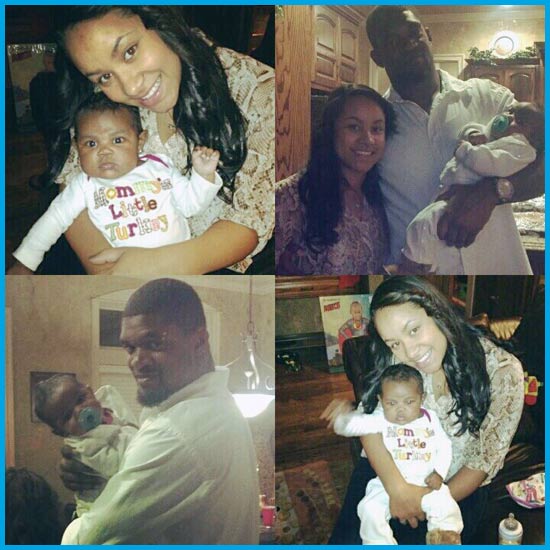 UPDATE, Dec 5: The frantic 911 call, made by Jovan's mother, has been released. (In this recording, you can also hear the dispatchers fielding calls about Jovan's suicide at the practice field.)