Home » News » WTF » This Lady is One Sick Puppy

This Lady is One Sick Puppy 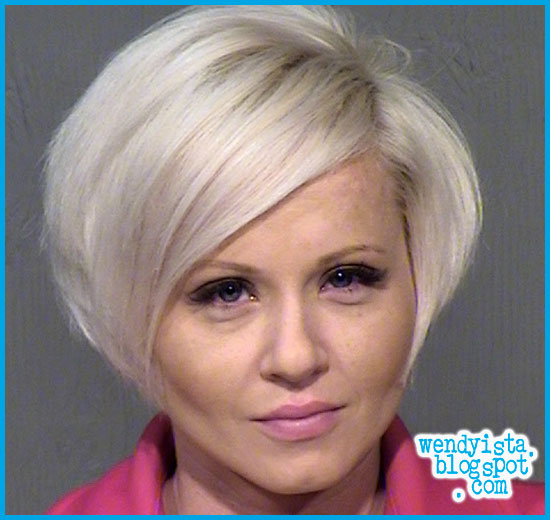 Sarah Dae Walker has a husband and a boyfriend. But, two johnsons weren't enough -- she wanted some strange.

Authorities arrested a married couple and their friend Monday night for conspiring to commit bestiality with a male Golden Shepherd mix. Pinal County resident Shane Walker, 38, and his wife, 33-year-old Sarah Dae Walker were arrested along with their friend, 29-year-old Robert A. Aucker of Gilbert, according to Sgt. Brandon Jones with the Maricopa County Sheriff’s Office. The three suspects reportedly used the website Craiglist.org to find a dog that could engage in sexual acts with Sarah Dae Walker while the other two suspects watched. At the time of the arrests, the three suspects drove to a location near S. Country Club Drive and the US 60 in Mesa with plans to commit acts of bestiality, Jones said. The suspects then offered an undercover detective and owner of the Golden Shepherd mix the opportunity to join in this act. All three suspects admitted to detectives that they were planning to engage in bestiality, Jones said. The Walkers said they were “swingers” who enjoy an open marriage, according to Jones. Aucker told detectives that he and Sarah Dae Walker have had a sexual relationship for the last month, Jones said. The two reportedly told authorities that they both shared dreams of having sexual relationships with dogs.

We're not sure if Sarah came across this story during the course of her research, because she'd know getting slayed by a canine is not just nasty, it's deadly. She probably didn't even care. Anywho, at their initial court hearing this morning, the Walkers and Robert were released, but are subject to electronic monitoring and are not allowed to leave the state. They were ordered to give up their dogs. (Sidebar: This sort of thing has happened in Phoenix before.) 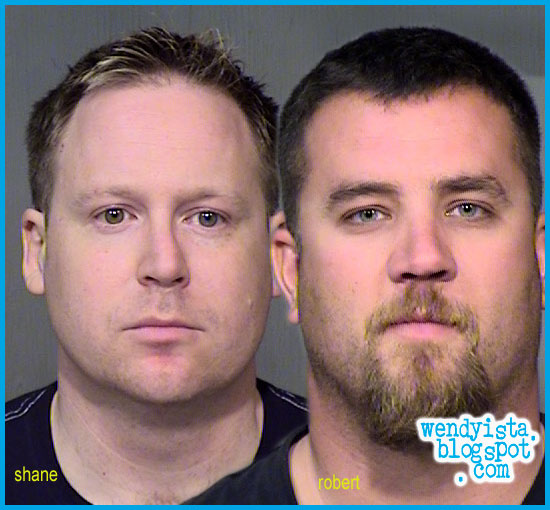 BTW: This is the dog that was the apple of the pervs' eyes. 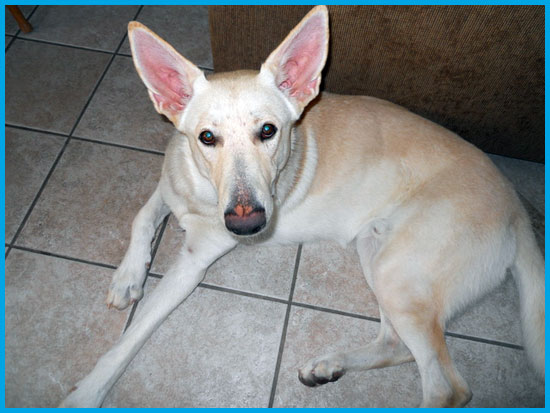 And this is that court hearing.

I've heard that the woman has now tried to commit suicide.

I know how blogs work - It's all about laughing at the train derailment because we aren't on that train, and there is absolutely no restraint when it comes to these kinds of things. When there's people calling for her to get a bullet in the head, and volunteering to rape her and break up her family and take her kids away - it sounds almost as crazy as she does.

What she's accused of is pretty sick, but the circus that she, Sheriff Joe, MCSO, and the media have created with this case would drive anyone to suicide. The response to this just seems so out of proportion to the accusations. And there are some troubling aspects to how it is being reported.

If you read the report, it is Aucker (the 'Sancho') that actually posted the craigslist ad, and it seems that it is his jailhouse interview that pegs the bestiality idea on the woman. It is awfully convenient for the headlines (and Sheriff Joe is an attention whore for a good headline) to implicate the semi-hot woman as the key suspect here. There's no way that a headline about an average looking dude getting freaky is going to get the same attention as a headline with a girl's picture.

Who's the bigger whore - the one who's accused by a bunch of men of having sex with a dog, or the one who repeatedly ruins families lives for the sake of juicy headlines?