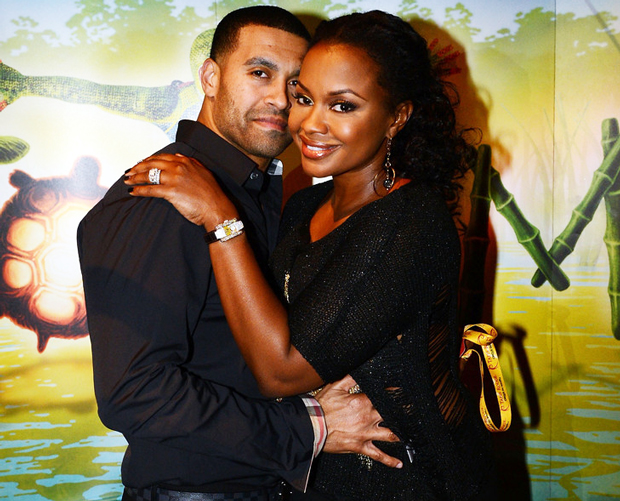 We don't know the rules of extortion, but we know that you can't try to blackmail someone using shoddy facts. That was the case of a 20-year-old donkey who failed at trying to extort "Real Housewives of Atlanta" star Phaedra Parks by demanding an undetermined amount of cash or she'll expose Phaedra' husband as an adulterer. The unnamed woman claims she met Apollo Nida, 34, last October at a restaurant in Atlanta. According to the donkey, after a few drinks, she and Apollo went to a motel and "enjoyed a night of hot passion." What 20-year-old says that?


The blackmail attempt unfolded in early March when the 40-year-old attorney started receiving calls from a stranger claiming she hooked up with Phaedra's bodybuilder husband Apollo Nida. The woman said she had a hotel receipt as proof of the one-night stand in 2012 and allegedly demanded hush money to keep it secret. But furious Phaedra refused to pay up, and in early April the blackmailer posted an account of the supposed night of passion on an Internet blog. Although the perpetrator described herself as a 20-year-old college student, her post was filled with childish misspellings and twisted grammar. "Apollo told me he was unhappyly [sic] married," she wrote. "I asked him why he didn't have on his ring but he informed me that him and his wife was separated." The post included a Holiday Inn receipt but Phaedra immediately knew that the hotel bill, dated Oct. 24, was a fake. "She and Apollo had spent that day doing radio show interviews together to promote their workout video," said the insider. The extortion attempt came an extremely hectic time for Phaedra, who's about to deliver the couple's second child. She's also working full-time at her law firm and taping her spinoff show for Bravo. Although attractive women have been known to throw themselves at Phaedra's handsome husband, the source said: "She trusts Apollo 100 percent."

Apollo says the accuser is "envious" and is seeking "to steal [his] joy," but she nor anyone will come between him and his marriage. He has unleashed his attorney and is seeking a gag order against the accuser. Speaking of women throwing themselves at Apollo, fellow RHoA star Kenya Moore, 42, has make it no secret she thinks Apollo is fine. But things got completely out of order when it was revealed that Kenya and Apollo have been texting one another. In one of those texts, Kenya allegedly told Apollo: "I would do to you what your wife does." Chile. On part three of the reunion, which airs April 21, Phaedra confronts Kenya about it and sets the record straight.


Phaedra brushed off Apollo's texts to Kenya as harmless -- while Kenya's were anything but. "Let's get this clear," the tough-talking attorney tells In Touch. "My husband just asked her for advice on an acting coach. Kenya continued to text him, saying 'Oh, you look nice.'" Then, says Phaedra, "She propositioned him with a sexual act...That's why I called her a whole." (A production source confirms Apollo's texts, which Kenya showed to reunion hosts Andy Cohen, seemed "harmless.") [...] Phaedra says she has faith in her husband, the father of their son, Ayden, 2. "I have a strong marriage," she says. "It's not like Kenya revealed something I didn't know. There's no secrets." Don't look for the women to kiss and make up anytime soon. "Kenya's obsessed with me," says Phaedra. "She wants everything that I have: a family, a successful career, an education -- all things she will never have."

While Apollo's texts to Kenya may be innocuous, given his wife's history with Kenya why was he texting her in the first place? Isn't the Linnethia the actress on the cast? Why didn't he ask her for advice? Just sayin'. 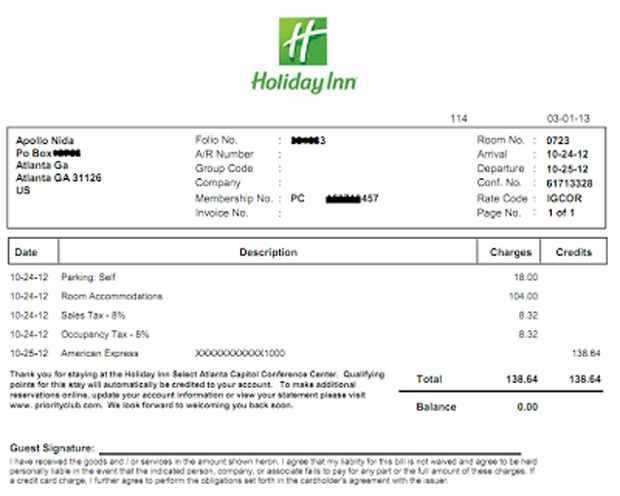