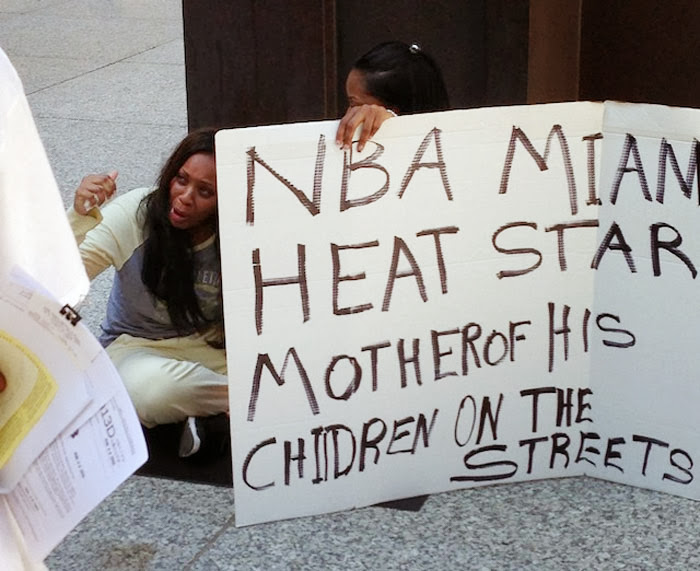 Let's not pretend Dwyane Wade's ex-wife, Siohvaughn Funches, has all her marbles. That bitch is not well. But she took her crazy to the streets of Chicago this afternoon, parking her ass on a sidewalk with a sign that read: "NBA Miami Heat Star Mother Of His Children On The Streets." According to the folks over at Deadspin, Siohvaughn was overheard ranting about "$90 million contracts" and "houses on the water." Just last week she filed a lawsuit against Dwyane over proceeds from the NBA champion's endorsement deals. Two days later, she withdrew it. She initially claimed that proceeds from Dwyane's endorsement deals are not being fully deposited into a joint account as required in a 2008 agreement after their divorce. The agreement had previously been thrown out in domestic court during the couple's bitter custody battle, but was restored after Siohvaughn appealed the decision, the suit claimed. The agreement required Dwyane to pay half of the income from his 2006 NBA contract and all endorsement money into the account. Siohvaughn claimed she has been unable to pay her mortgage, or home and auto insurance because of funds withheld from Dwyane's endorsement deals with T-Mobile, Staples, Gatorade and Li Ning, a Chinese sporting goods company. So instead of going through the courts for help or getting a job, she decided to have an emotional breakdown (read: cry for attention. LOOK AT ME!) on the streets. Girl, bye! 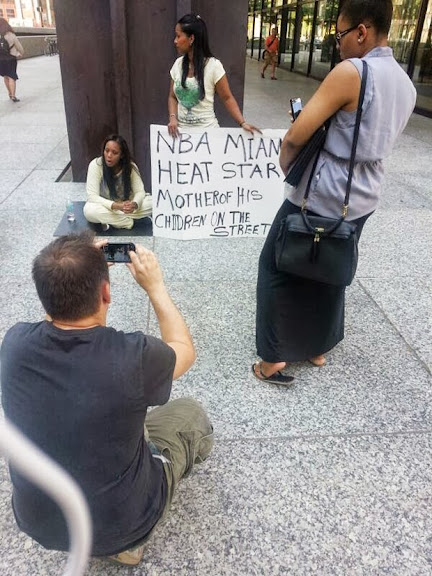