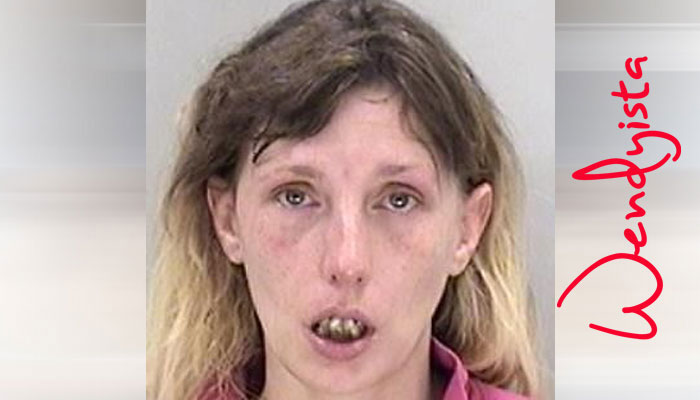 Tabathia Lee Grooms, 35, of Augusta, Georgia, was was arrested last Friday after she attacked her boyfriend for refusing to have sex with her. According to police, Tabathia came home around 11:30 p.m. on June 24 and attacked her boyfriend while he was sitting on the couch. She said she was angry that he refused her advances earlier that day, so she scratched him on the face, head and neck, then bit him on the arm. He ran into a bathroom and called 911. When deputies responded to the house on Haynie Drive, Tabathia wouldn't give her name at first and threatened to run over a deputy with a baby stroller. She admitted she had been drinking. During the kerfuffle, Tabathia also punched her 66-year-old mother in the eye. She was taken to jail and charged with with simple battery family violence.