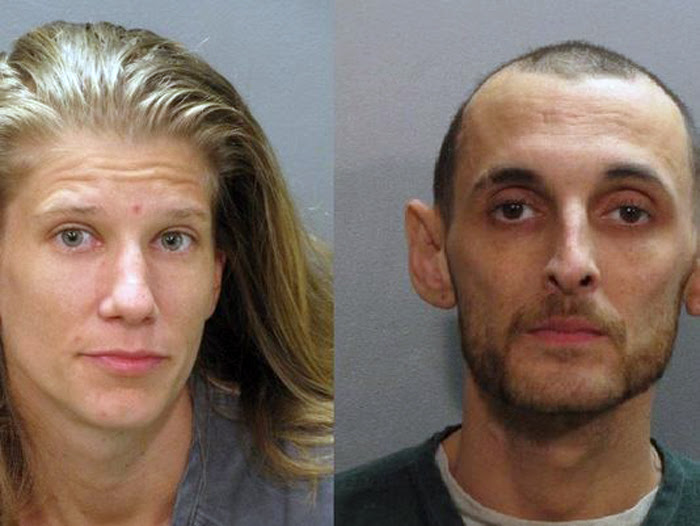 A man and woman from Jacksonville, Florida, have been arrested after officials say they prolonged a standoff with police in order to have sex. Police say they responded Wednesday night to a mobile home in search of 34-year-old Ryan Patrick Bautista, who was wanted on several warrants. Police say five adults were inside the home at the time. Two women were allowed to leave not long after police arrived, but a third woman was detained by Ryan and Leanne Hunn, 30, who dragged her to a back bedroom and held her down. She was eventually allowed to leave but Ryan and Leanna refused to leave the trailer, leading to a 7-hour standoff. Police say they tried to use the loud speakers on their cruisers and a telephone to make contact with the couple inside the trailer for about 45 minutes. During one of those phone calls, Leanne told police she would give up, but that she wanted to have sex with Ryan "one last time." Eventually the SWAT team team arrived and the couple was taken into custody. They are charged with resisting arrest and false imprisonment. A third man inside the home, Michael Forte, 34, who was wanted for armed burglary, was also arrested.