Man Distracts Girlfriend As His Friends Steal Her TV 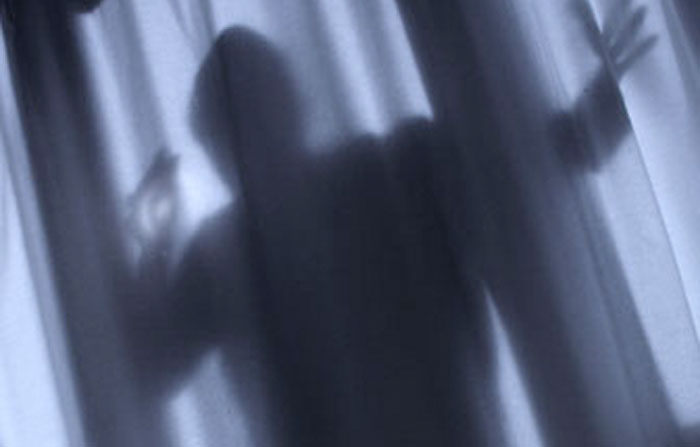 Some folks are just not very bright.


An 18-year-old man distracted his girlfriend while two of his friends robbed her home of a flat-screen TV and two laptops, police said. Officer Ross Cooper, along with other Montville police officers, responded to a report of a burglary in progress at Sweetwood Court at 7:12 p.m. Friday, police said. When officers arrived at the home, a male resident told Cooper that when he got home, he tried getting in through the back door since the front was locked and and heard unfamiliar footsteps and voices, police said. Two men in gray hooded sweatshirts ran from the home after spotting the resident — one fleeing south behind the home, the other racing north toward Vail Road, according to police. A second resident, a female, was inside the home with her boyfriend during the incident and heard her brother outside yelling to call police. Officer Marcin Czajka found of the burglars — a 17-year-old male — at the intersection of Vail Road and Stafford Road, and the female resident identified the burglar as a friend of her boyfriend, Raymond Jaquez, of Paterson, police said. Jaquez distracted his girlfriend in a part of the house while two of his friends tried committing the burglary, said police, though they declined to explain exactly how they ascertained that. The 17-year-old male was sent to the Morris County Youth Detention Center and was charged with juvenile delinquency complaints of burglary, theft of moveable property and conspiracy, police said. The second burglar left the scene in an unknown vehicle, which hasn't yet been caught, police said. Jaquez was arrested and taken to the Parsippany Police Department, where he was charged with burglary, theft of moveable property and conspiracy, police said. He was taken to the Morris County Correctional Facility in lieu of $10,000 bail with no 10-percent option, police said.