Singer Sues Fan Who's Been Stalking Him For 24 Years 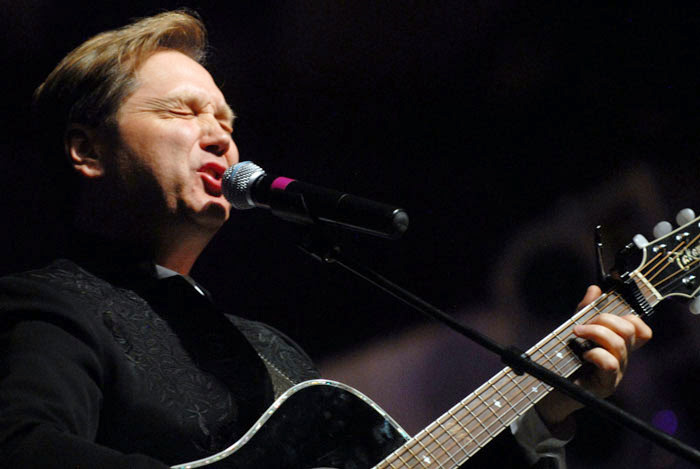 There's a mighty thin line between being a stan and a stalker, let us introduce you to Linda Marie Shinn, who's crazy as a loon and has been stalking singer Steve Wariner.


Country music singer Steve Wariner sued a fan he claims has been stalking him since 1989, when she lied that her son had terminal cancer to get backstage, and claims she recently posted online about him: "We do it all the time spiritually." Steve Wariner and his wife sued Linda Marie Shinn in Harris County Court. Wariner, 58, has released 18 albums, including three that went gold by selling 500,000 copies. Wariner's current tour includes four upcoming shows in Texas and he wants a restraining order to keep Shinn away from him. "In 1989, Steve Wariner, a country music entertainer, performed at the Astrodome for the Houston Rodeo in Houston, Texas," the lawsuit states. "Following the performance, Steve Wariner agreed to meet with a group of children from the Make-A-Wish foundation. During this meeting, Steve Wariner met defendant and one of her sons for the first time. At the meeting, defendant stated that her son was dying of cancer and that Steve Wariner was his favorite performer. "Over the next few years, defendant and her son showed up at other performances when Steve Wariner performed near the Houston area. Plaintiffs frequently brought defendant and her son backstage at these performances and would pose for pictures or sign autographs. Eventually, plaintiffs discovered that defendant's claim that her son was dying of cancer was completely false. In fact, plaintiffs were informed that defendant's son had never been diagnosed with cancer. Once defendant's lies were discovered, plaintiffs stopped allowing her backstage at these performances. However, on a few occasions afterwards defendant somehow managed to gain access to the backstage area at Steve Wariner's performances without having the proper credentials." Then Shinn started mailing the Wariners dozens of letters asking for money, and claiming they were her best friends though she barely knew them, the Wariners say in the complaint. Wariner says he never responded to any of the letters and sent Shinn a cease-and-desist notice, which she "wholly disregarded," and continued bombarding him with letters. "Over the next twenty years, defendant continued contacting plaintiffs on numerous occasions by showing up at meet and greets, calling venues where Steve Wariner was performing, calling into radio interviews when plaintiff was being interviewed, contacting plaintiff's employees, booking agents and family," the complaint states. "During these interactions, defendant told numerous lies in an attempt to gather personal information about plaintiffs. ... "With the invention of social media, defendant has been a nightmare to plaintiffs. Defendant makes almost daily posts on her MySpace and Facebook page and on fan-sites making outrageously false statements that she is Steve Wariner's girlfriend and that Steve Wariner is the father of her child." Wariner claims that Shinn's harassment took an ominous turn when she warned him in an email that she was going to Nashville, and if she did not see him, he "would 'know what will happen' and that (he) 'would not like it.'" Wariner claims he called the Williamson County Sheriff's Office in Franklin, Tenn. and filed a complaint against Shinn, who was arrested on a harassment charge at Nashville International Airport when she arrived on May 20.

Linda was sentenced to probation and ordered not to have any contact with Steve via Facebook, email, or at his performances, but she continued to harass Steve. He's scheduled to perform four times in Texas in August and September and Linda has told him she's already purchased tickets to several of the shows and expects to meet him. Oh, she also told him he better be separated or divorced from his wife by the time of these performances -- or else! Batshit craziness, we tell you. Steve is seeking a restraining order to keep Linda from contacting him and his wife and to keep her at least 500 yards away. Good luck with that. Sounds like Linda is mentally ill and needs psychological help -- or take her computer away.
Posted by Wendyista2 at Wednesday, July 31, 2013 0 comments
Labels: Drama, Legal
Share this post