Home » WTF » Meanwhile, in Idaho, Man Jailed For Having Sex With Cat

Meanwhile, in Idaho, Man Jailed For Having Sex With Cat 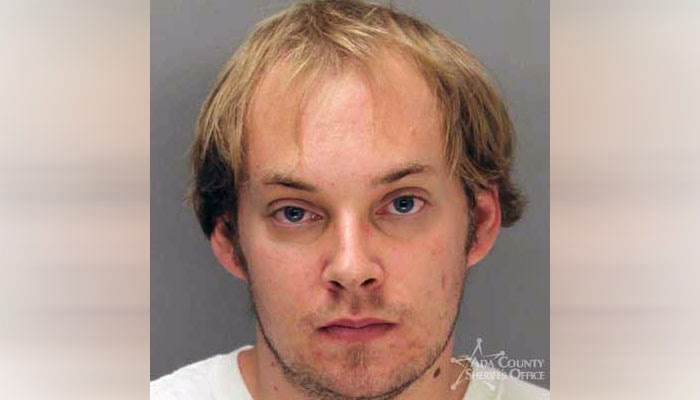 We don't know what's going on, but the sickos are on the prowl. This ↑↑↑ gentleman was jailed for raping a kitty cat -- no, not a cat trap, but an actual feline -- for a year.


Ryan Havens Tannenholz, 28, was arrested Thursday afternoon after a Boise police investigation. Investigators say Tannenholz had sexual contact by penetration with the animal at a Boise house on more than one occasion, police said. The illegal activity took place between January 2012 and January 2013, according to Deputy Prosecutor Cathy Guzman. A warrant was issued for Tannenholz’ arrest July 31, 2013. Police did not specify how the alleged sexual activity came to their attention, but Guzman said that it is not abnormal for investigations to take some time, especially if the crime is not immediately reported to law enforcement. “It just means that at this point was the time when they had probable cause to do the arrest,” she said. Guzman said she did not know whether the cat belonged to Tannenholz. She also said she could not release who had reported the crimes. Boise Police Department spokesman Charles McClure said that the charge was "definitely unusual." BPD has handled similar cases only once or twice in his eight years with the department, he said. The suspect has been charged with six felony counts of crimes against nature, and one misdemeanor count of cruelty to an animal. If convicted, Tannenholz would face a minimum of five years in prison for each of the felony counts. The misdemeanor charge carries a sentence of up to six months and a fine. Tannenholz’ bond was set at $250,000. He will have a preliminary hearing Aug. 16.
source: Idaho Statesman